trained officers and canine partners who are prepared and equipped to assist with critical incidents which go beyond the scope of normal police operations. They also handle routine calls for service, assist with searching for lost/missing persons, assist officers with narcotics searches, and are often called upon to do demonstrations. They often speak at community events and at area schools. Utilizing the natural abilities of their canine partners, these specially trained officers have proven to be a great asset to the Department. 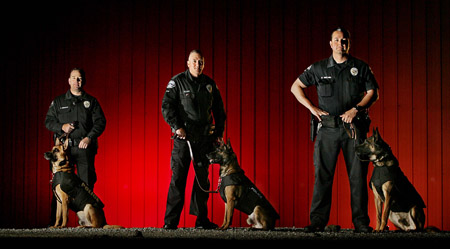 Team members are selected from the ranks of the 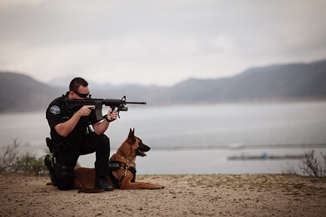 department and serve as K-9 Officers as a collateral duty in addition to their regular patrol assignments. K-9 team members must stay in excellent physical condition and must demonstrate superior ability to successfully interact with the canine. The two become true partners; they live and work together. The handler is responsible for housing and caring for his/her partner. Following the handler selection process, the officer meets his/her four legged partner for the first time. From birth, the dog has been trained for this day. The two start doing everything together and must successfully complete five weeks of intensive training. To maintain their abilities and skills following graduation, the K-9 teams train once a week with other teams from throughout Southern California. The unit is supervised by Sergeant Derek Maddox (email Sergeant Derek Maddox). 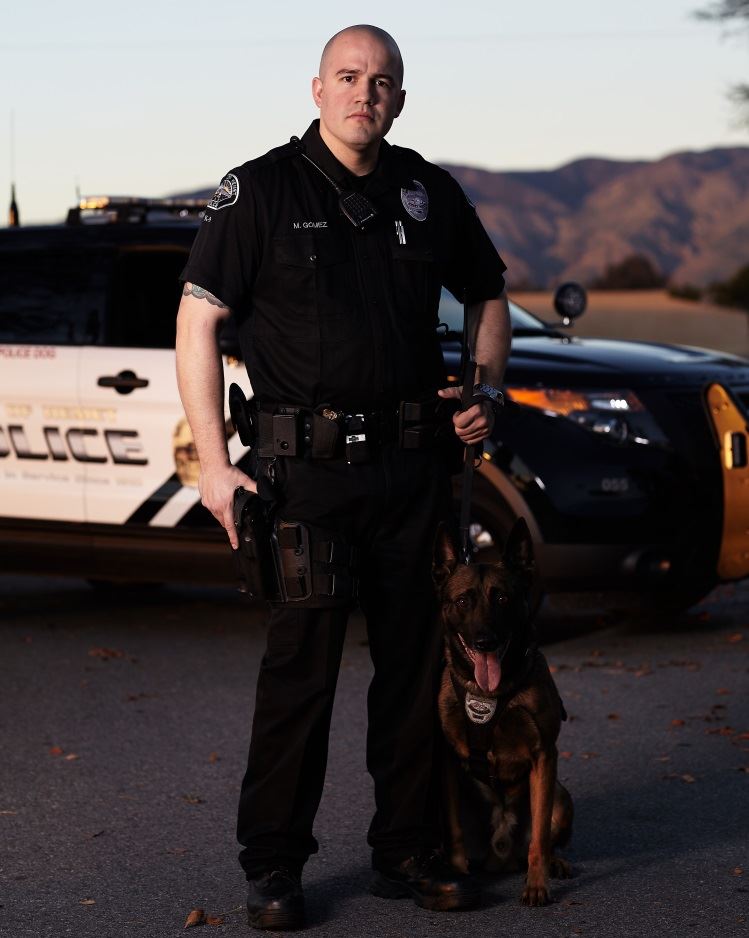 Corporal Matthew Gomez became a K-9 handler in June of 2013 with his new 2 year old K-9 partner, Jack. They graduated the basic K-9 academy at Adlerhorst International, Inc. in July of 2013. Corporal Gomez and Jack patrolled the City of Hemet and were often called to assist in the surrounding communities in and around Hemet. Jack was a 70 pound Belgium Malinois and his commands were given in the Dutch language. He was originally purchased from a vendor in the Netherlands with a title in K.N.P.V. (Royal Dutch Police Dog Certification). Jack was trained in patrol work: locating, controlling and apprehending criminal suspects, locating missing or lost persons, evidence location, and handler protection. Jack was purchased, equipped, and trained with funds which were generously donated from Golden Village Palms R.V. Resort, the Gosch Auto Group, and several other members and groups within the community. 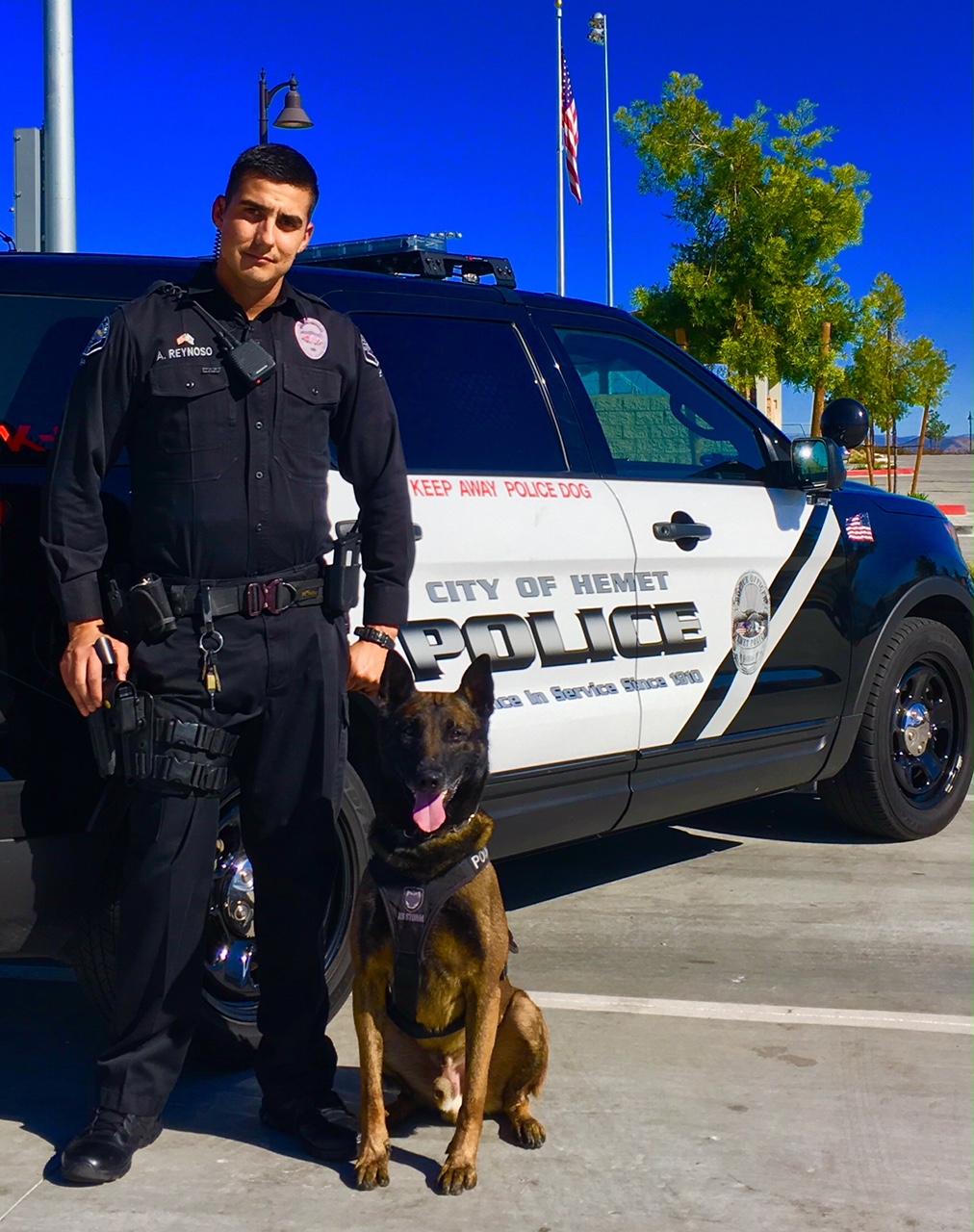 Officer Andrew Reynoso became a K-9 Handler in March of 2017. He was matched with his perfect 4 year old K-9 partner Duke, in August of 2017. They graduated the basic K-9 academy at Adlerhorst International, Inc. in September of 2017.

Officer Reynoso and Duke patrol the City of Hemet as their primary function, but often help surrounding communities in and near Hemet.

Duke is a 75 pound Belgian Malinois and his commands are all given in the Dutch language. He was originally purchased from a vendor in the Netherlands with a title in K.N.P.V. (Royal Dutch Police Dog Certification). Duke is trained in patrol work: to include locating, controlling and apprehending criminal suspects, locating missing or lost persons, evidence location and handler protection. 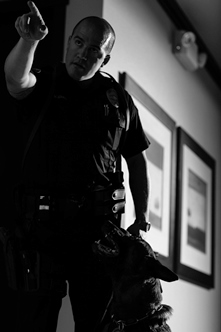 To enhance our weekly training we are constantly looking for new areas and buildings to train in. To partner with the Hemet Police Department K-9 Unit and become a Police Canine training site, contact us by e-mailing a member of the K-9 unit. A member from the unit will contact you to provide further information and answer any questions you may have. Thank you and we look forward to becoming partners with you in our community. 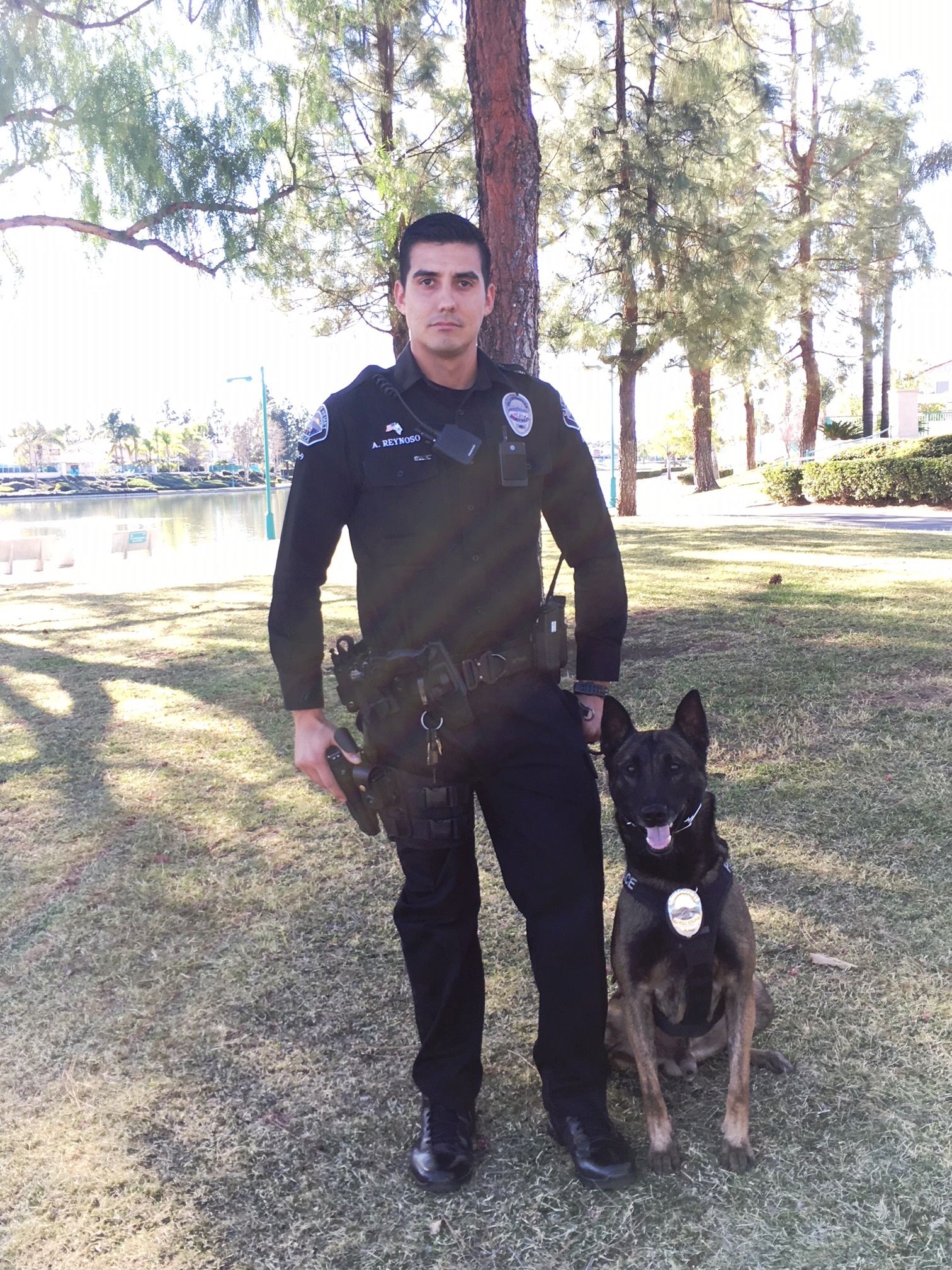 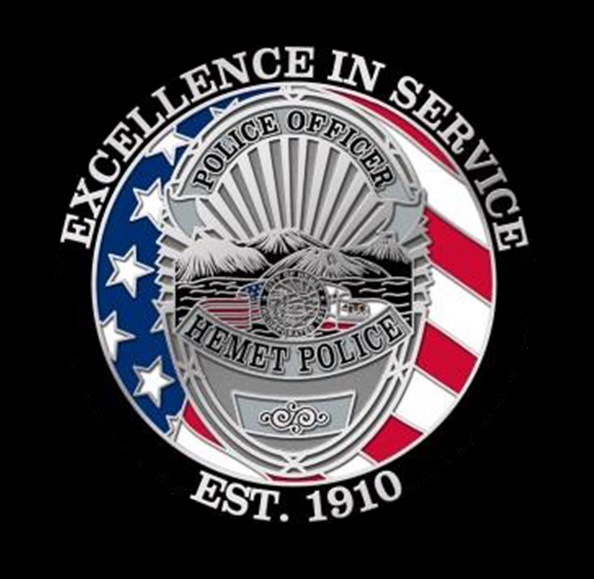 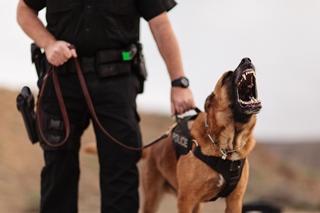 The Hemet Police K-9 Unit would like to thank Greg and Lynn Adams from The House of Portraits for the following slideshow. The facilities and staff at THOP are outstanding. Thank you for the great photos !! 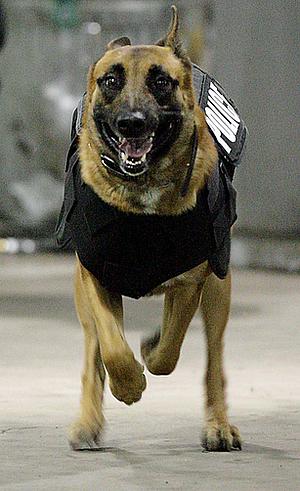 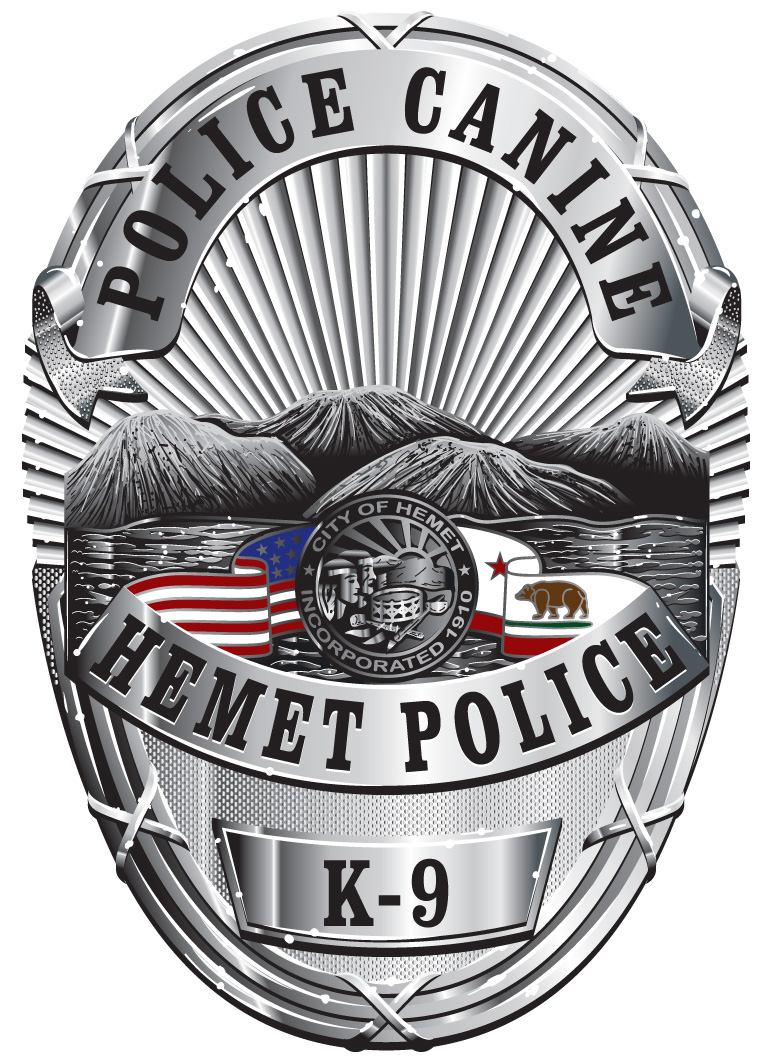