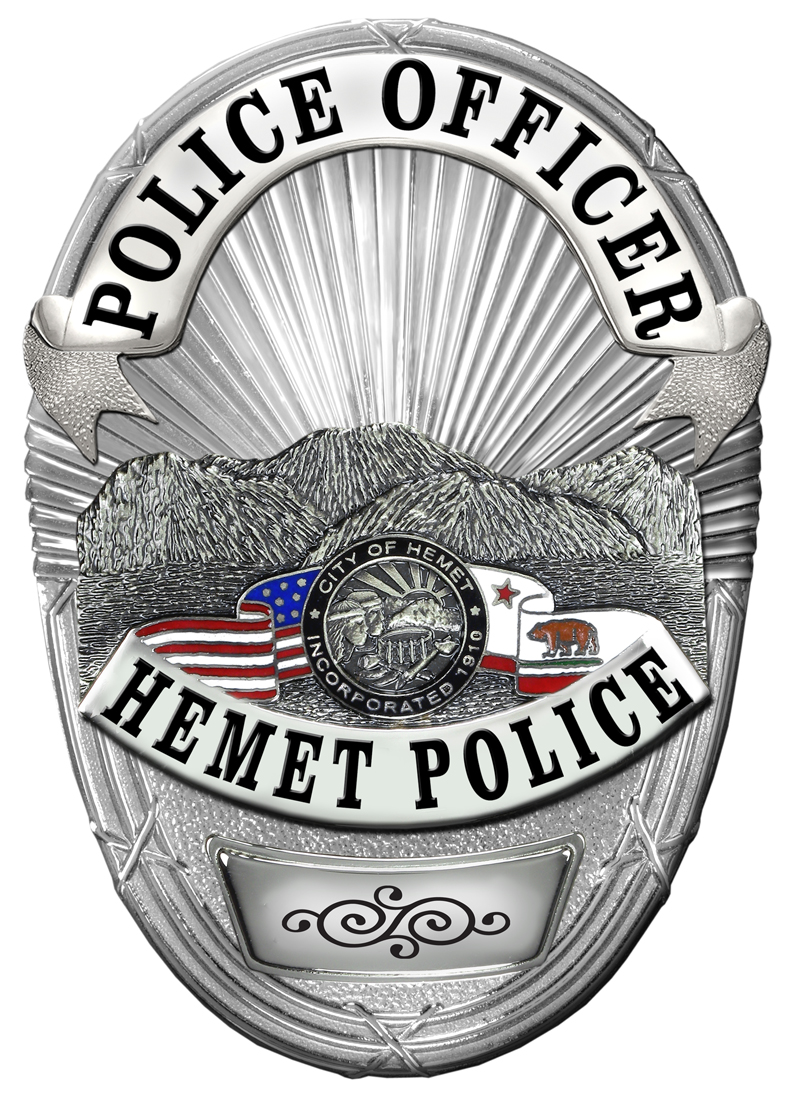 Prominently placed in the center of the badge is the official seal of the City of Hemet. This central feature serves as a reminder of the rich history of the City and the Hemet Police Department - both established in 1910. The seal is draped on either side by the flags of the State of California and the United States of America representing the people and Constitutions every officer swears to support and defend. The lake and mountains depict the natural beauty of the Valley and the rising sun reminds us of our bright future.

Three ribbons adorn the badge and make it unique to the Hemet Police Department and the officer who wears it, bearing the officer’s rank and personal identification number.

Finally, the badge is cast in the shape of a centurion shield as a symbol of personal protection and public trust. The edge of the shield is trimmed with Fasces, which are birch rods bound together with leather straps. These were carried by ancient Roman guards as a symbol of "strength through unity."

According to state law, the badge is issued and authorized by the Chief of Police and is worn over the heart as a constant reminder of the oath we take and the enormous responsibility that comes with it.